The Polle of Crimiso, also known as Bagni libero of Segesta, as well as being a highly suggestive place, immersed in the Sicilian countryside, are closely linked to a tale of Greek mythology. 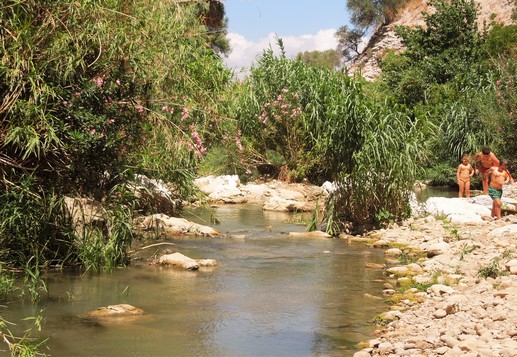 The phenomenon of these volcanic waters, with regenerating power, was connected by the inhabitants of ancient Segesta, to a mythological episode according to which, Krimisòs, river divinity, would have heated the waters of this river to help the nymph Egesta stopped to rest on his banks, after the dramatic escape from Troy. The nymph who later became his bride gave the name to the city of Segesta.

But beyond the myth, there are many historical testimonies that speak of the goodness of these waters, from Strabo to Pliny the Elder.

We are in the heart of the province of Trapani a few kilometers from the most interesting destinations in western Sicily: San Vito Lo Capo, Erice, the Saline Reserve, Mozia, Selinunte ...

The Polle of Crimiso are located in the immediate vicinity of the Segestano Thermal Center of Castellammare del Golfo, a private establishment, where it is possible to carry out various types of thermal and aesthetic treatments all year round.

The waters of the Caldo river reach 46/47 degrees and emerge in a wonderful natural context among oleanders, prickly pears, reeds and castor plants and above all they are totally free.

The first tank is located right near the parking lot and can be easily reached after wading through a small stream.

The second, larger, can be reached by following the course of the stream, a simple but very suggestive route. After crossing a tunnel of river reeds, you walk between high rocky walls and large boulders to the clearing where the second basin opens. Here there is also a small cave that many use as a sauna.

Immersed in these relaxing waters, you can enjoy the beauty of the place, its vegetation rich in scents and colors, the silence broken by birdsong, in a magical dimension that seems to take us back in time. 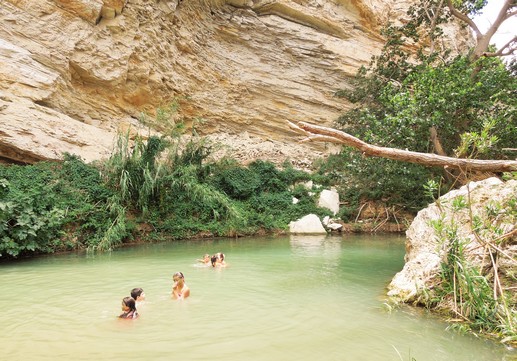 After a nice relaxing bath, if you love walking, you can take a trip to the nearby archaeological area of ​​Segesta, for a visit to the beautiful Sicilian-Doric temple of the 5th century BC or you can reach Castellammare del Golfo for a walk in the port.

From San Vito Lo Capo: provincial SS 115 to Castellammare del Golfo then follow the signs for the Baths Establishment.

Just before the entrance to the Terme di Segesta, turn onto the road and continue left to the river where there is a small parking lot.

Bring a towel and some spare closed shoes with you; A medical check-up is advisable if it is the first time that you immerse yourself in thermal waters, since the high temperature is not suitable for everyone.