This year, San Vito Lo Capo, at the Swiss International Holiday Exhibition, received a new award for the Swiss Tourism Award 2019, backed by a flattering motivation: "extraordinary bastion of the most authentic Sicily".

San Vito Lo Capo has been included by Skyscanner among the 20 most beautiful countries in Italy, in 2018 while Italy to Discover has established the success of Sicily in the Trophy of the Regions and the TTG Travel Experience has recognized our island as a destination most loved by the foreigners.

It is not difficult to understand why San Vito Lo Capo is such a popular destination ...

Crystal clear waters and sandy beaches, pristine bays and silent coves. A countryside of discreet charm that smells of citrus and rosemary, where olive and almond trees, carob trees and prickly pears triumph.

A true spectacle of nature that culminates in the Zingaro Reserve, seven kilometers of coastline immersed in the Mediterranean scrub that are reflected in the turquoise sea. 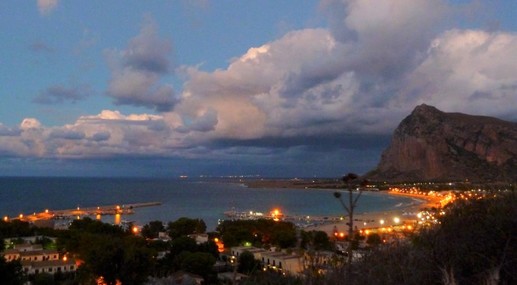 Not only sea and nature in San Vito Lo Capo ...

tradition, art and history catch your eye at every step and tell its past ... the sanctuary hidden inside the fortress, the Arabian chapel of Santa Crescenzia, the Saracen towers placed at defense of the coast, the remains of the ancient tuna fishery of Secco ...! An itinerary full of surprises that reveals all the charm of ancient Sicily to the visitor.

And then a cuisine that captivates even the most demanding palates, where the peasant tradition and the recipes of the fishermen marry and give life to authentic flavors that make it unique. Trapanese pesto, pasta with sardines, hand-made busiate, ricotta cassatelle, caponata, cannoli ... and the couscous that became a real event in San Vito Lo Capo.

The Cous Cous Fest is truly the most awaited international food and wine event. Every year, at the end of September, great chefs from different countries of culture and religion gather around the kitchen. A great party that gives emotions to the palate and heart.

But despite its reputation as a "summer vacation destination", for many, San Vito Lo Capo is a place to live all year round.

Its mild climate makes it possible to practice many outdoor sports, such as trekking, biking, climbing, windsurfing and paragliding, while the more curious can enjoy the beauty of the Sicilian landscape, the magic of the Sailne of Trapani end the temples of Magna Grecia, the charm of the little ones medieval villages or the beauty of cities of art.

All you have to do is choose a low-cost flight and come to discover western Sicily ...

Booking.com
Do you need help ?
You can contact us
help@sanvitoweb.com