San Vito Lo Capo. It will be an experience to remember. 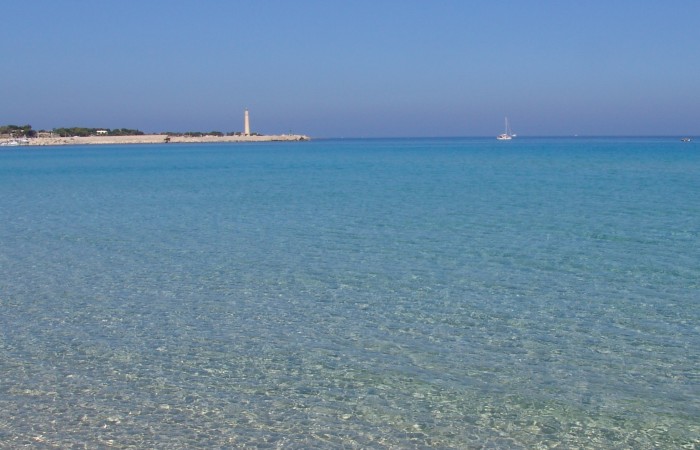 San Vito Lo Capo. It will be an experience to remember.

The first memories of San Vito Lo Capo date back about forty years ago, my parents had decided to spend the summer holidays, I was 13 years old.
I loved the islands and I was annoyed at having to follow my parents in a place where absolutely did not want to go.
The first days were sluggish, like a cat I had to get hold corner after corner of the country.

I remember a lot of light, blinding reflection of the sun on the white of the houses, the sun's reflection on a golden sand. A clear blue sky for those living in the Po valley is unimaginable.
Curious geometry of the country, a large square crossed by perpendicular streets, I discovered that moving was simple, it was also not easy to get lost.

In San Vito I savored the first teenager freedom of late nights, far from the eyes of mom and dad.
That first year only a few flash: the church struck by the sun on a Sunday afternoon, the roofs of houses, all with the astraco, where women lay clothes. The two films, one outdoors, behind the plateau, where the San Vito is carrying their chairs and watch a movie was like being in a film by Pietro Germi set in Sicily, the other smaller in the "center" . In reality, the distances walked on foot and then seemed boundless were really small.

The beach was endless and breathtaking beauty. Not even the most luxurious pool it could give back colors and water so transparent. But the spell had already been launched. San Vito had haunted me forever. In adult years I traveled a lot, but I came back and back and then back again, with the feeling of being back home. I have refined the ways to capture every detail. When I arrived by car at the beginning of the country and looked straight in front of me I saw the lighthouse, the emotion overwhelmed me. San Vito in my imagination had two guardians: the lighthouse with its flicker dusk passed in review the country even illuminating Monte Monaco, the other guard on the other side. A mountain of rare beauty in the shape, for its location and for the composition (including dolomite and dolomitic limestone).
The mountain above the beach, creating a landscape that can not remain indifferent, and seems to have a twin brother in Mount Hood, which stands on the Bay of Custonaci, in the direction of Trapani.

I met San Vito when no television spoke, when the couscous was the Sunday dish was cooked a few restaurants or at home, when I planted a beach umbrella and could not see one kilometer away the arrival of my friend. I got to know the locals. I participated in the ritual of the "Passio" evening spending entire evenings back and forth along the main road. I was late sitting at the bar near the sea, "the sea horse" (no longer exists) speaking with local friends, guys my age.

I saw San Vito grow, get the attention of an audience that increased year by year and become the star he is today. The tourist comes, sinking a bit fleeting and then come home. I bring San Vito with me all year, its colors dream relieve long gray Padano and advice, to those who can, groped for a trip to San Vito off season, to be able to enjoy something that words can not describe . You can not live only alerting the 5 senses.
It will be an experience to remember.